You are here: Home / Our People / Carly Stebbing 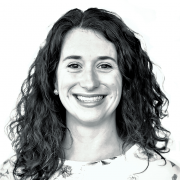 Carly is an employment law expert with over a decade of experience acting for some of Australia’s largest employers including Wilson Security, Patrick Port Logistics and Caltex. Carly is a consultant to Delphi Partners. Carly acts for small to medium business that value her responsiveness, practicality and efficiency. Carly has represented employers across a broad range of industries including transport, security, logistics, hospitality, banking and manufacturing.

Carly’s areas of expertise include unfair dismissal, general protections, unlawful termination, workplace bullying, discrimination and harassment, award and agreement interpretation, enterprise bargaining and dispute resolution. Carly is an experienced litigator and has appeared before the Federal Court, the Supreme Court, the Fair Work Commission and the Industrial Courts.

In 2016 Carly was named a finalist for the Lawyers Weekly Partner of the Year – Workplace Relations Award.

Some of the matters that Carly has recently been involved in include: